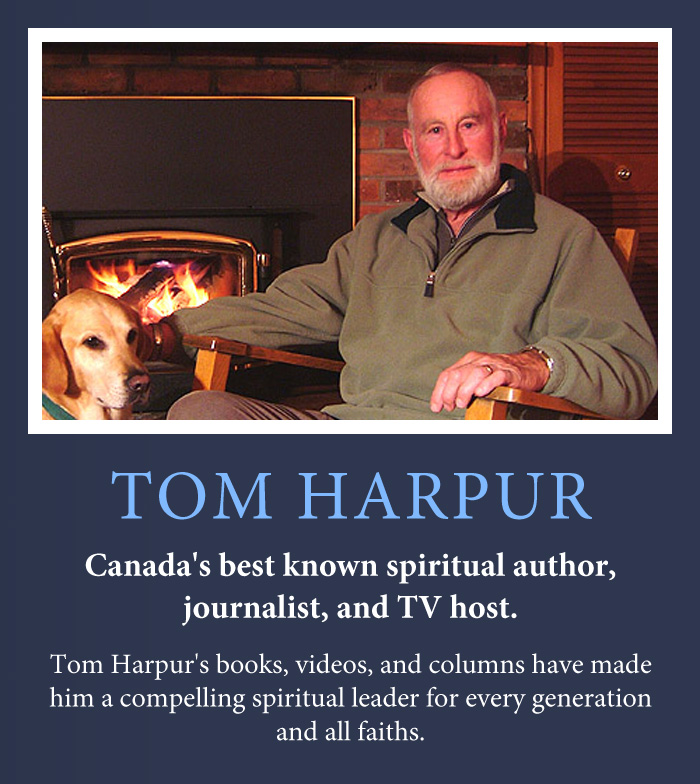 Tom was the Religion Editor for the Toronto Star for 12 years. That led to his weekly opinion column on ethics and spirituality, which ran for over 30 years. More recently he wrote a regular column for the Sun Media chain of 26 newspapers in Ontario.

"...one of a kind... Harpur consistently surprises, provokes, and enlightens his reader ...one of Canada's pre-eminent religious voices and a sound spiritual guide for modern times." - McLelland & Stewart, publishers.

"Tom Harpur is one of the wisest spiritual guides in contemporary culture." - Larry Dossey, MD Author of Healing Words and Prayer is Good Medicine

"If Harpur's research and reasoning was the stuff of which sermons were made... churches wouldn't be empty." - Roy Bonisteel, The Toronto Star

"He is skilled in the art of communicating complex religious ideas." - Canadian Jewish News

"A man of energy, intelligence and enthusiasm." - Kingston Whig-Standard


Tom and his wife Susan lived in rural Ontario, where they enjoyed hiking with their dog, cross-country skiing and swimming in season.